Update: PaPaRouter has unknowingly disappeared and their domain has been redirected to various ads. We have since de-linked their domain.

Routers are just one step to online security, another is needing to protect your online identity. With recent NSA revelations, running internet out of the box is a huge red flag. With hackers, the NSA, trackers, and many others threats out to get you, securing yourself online is essential. There are a lot of essentials today that are needed for security.

The TOR Project has since become popular after ex NSA contractor and whistle blower, Edward Snowden, notified the public of the global spy grid. Tor is usually a downloadable program. Users download the files, install the program, and use the custom set browser. There have been many innovations with Tor such as Tor based operating systems, and now Tor based routers.

The PAPARouter claims to be the all in one Tor router. PAPARouter is just that. The PAPARouter is a small router that runs strictly through the Tor network. The router is a very small device that is built for plug and play anonymity. There is more to anonymity than just your IP address, but the PAPARouter does just as advertised.

PAPARouter Full Review: When you first open the PAPARouter it comes with a wall charger, power cord, the PAPARouter, and small screw in antenna. It also comes with a small paper telling you your network details, password, and how it all works. The PAPARouter runs off of an already on router, this is not a standalone router. While testing the PAPARouter I plugged my PAPA router into my Asus RT-N66U Tomato router via an Ethernet port. Within seconds the PAPARouter boots up and shows up in your network connections. Type in the password on the paper it came with and wala, your connected.

While the PAPARouter shows it has power in such a small device, they also enhance security with one more step. PAPARouter has blocked all USA nodes, and a large list of others. With recent revelations public security advocates are worried that USA nodes may be run by the NSA. The PAPARouter sure enough has a strong firewall that blocks all USA nodes, amongst hundreds of others. Restarting the router multiple times, getting a new identity, sure enough all nodes routed outside of the countries listed below. I did not restart the router hundreds of time to test all countries, but all nodes routed outside of the listed countries. The PAPARouter blocks the following countries that are alleged to be friendly with intelligence agencies  United States, United Kingdom, Canada, Australia and New Zealand,  Friendly countries to US/UK intelligence (British Commonwealth): Antigua and Barbuda, Bahamas, Bangladesh, Barbados, Belize, Botswana, Brunei, Cameroon, Cyprus, Dominica, Ghana, Grenada, Guyana, India, Jamaica, Kenya, Kiribati, Lesotho, Malawi, Malaysia, Maldives, Malta, Mauritius, Mozambique, Namibia, Nauru, Nigeria, Pakistan, Papua New Guinea, Rwanda, Saint Kitts and Nevis, Saint Lucia, Saint Vincent and the Grenadines, Samoa, Seychelles, Sierra Leone, Singapore, Solomon Islands, South Africa, Sri Lanka, Swaziland, Tanzania, Tonga, Trinidad and Tobago, Tuvalu, Uganda, Vanuatu, and Zambia. With the following countries blocked that leaves 140 countries still able to connect to.

PAPARouter sure has done their research within the device. Connecting multiple devices at one time, the PAPARouter could withstand and produce enough power. The PAPARouter internet speeds may vary, as it relies on the Tor network. But the actual routing power was great. Below are pictures of the device, and its portable size (note I am no photographer, but the unit is in a small clear plastic casing) 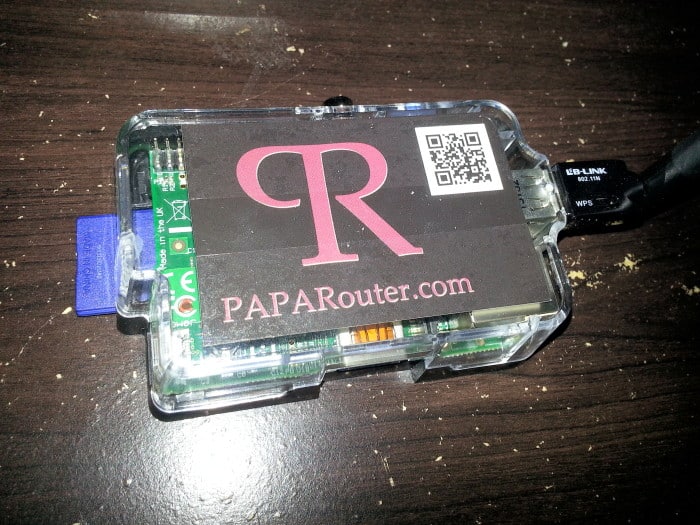 Front of the PAPARouter has an SD card plugged in, and a small port on the right for power. 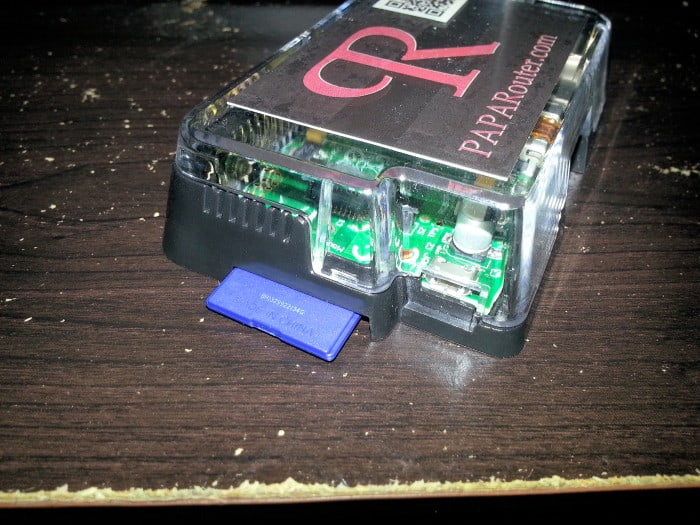 Back of the PAPARouter has an Ethernet Port, and two USB ports. 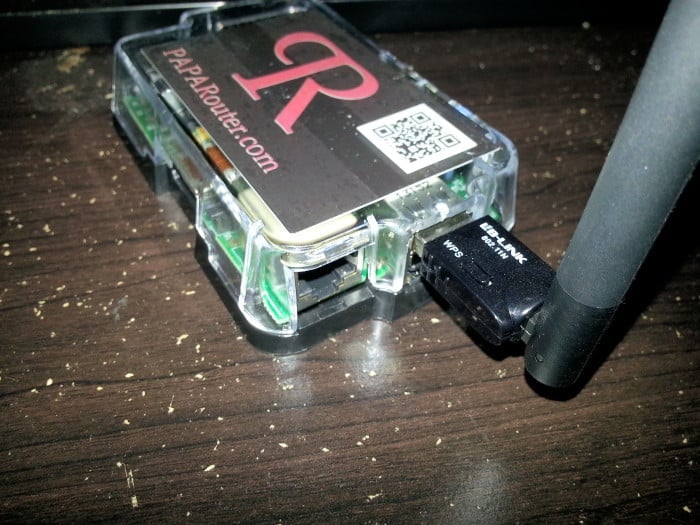 One side of the PAPARouter has a yellow and blue plug in port (the blue is audio, yellow is composite video, the ports are unused) 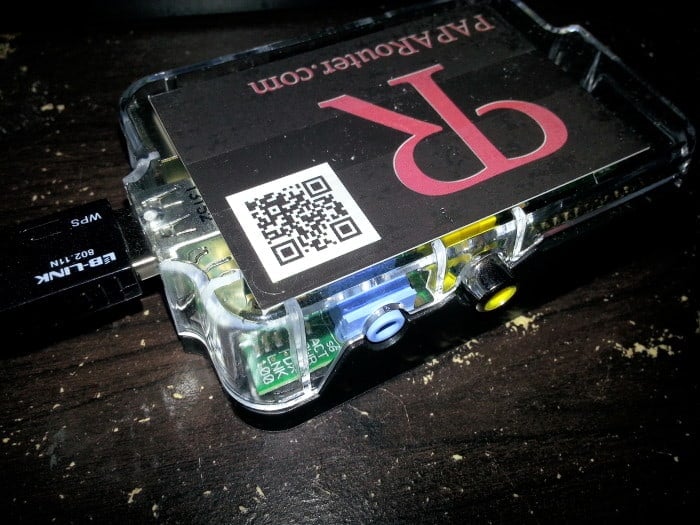 PAPARouter compared next to the Ninjastik and regular sized USB stick (HDMI port on this side, again unused). 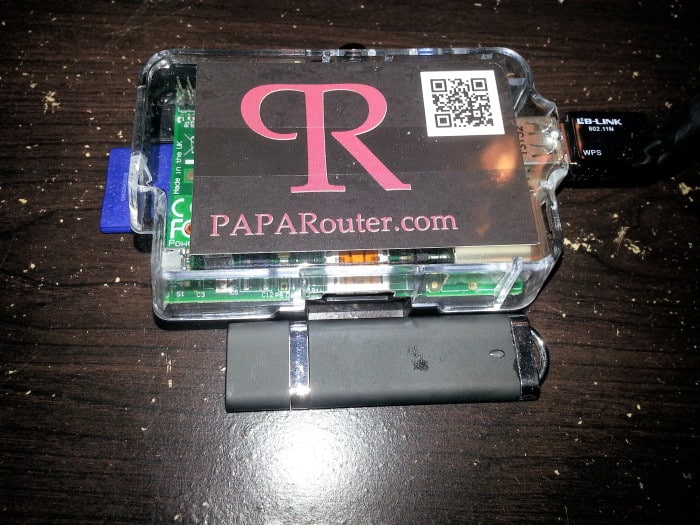 Second side of the PAPARouter has a small plug in port, and side view of the width of the router 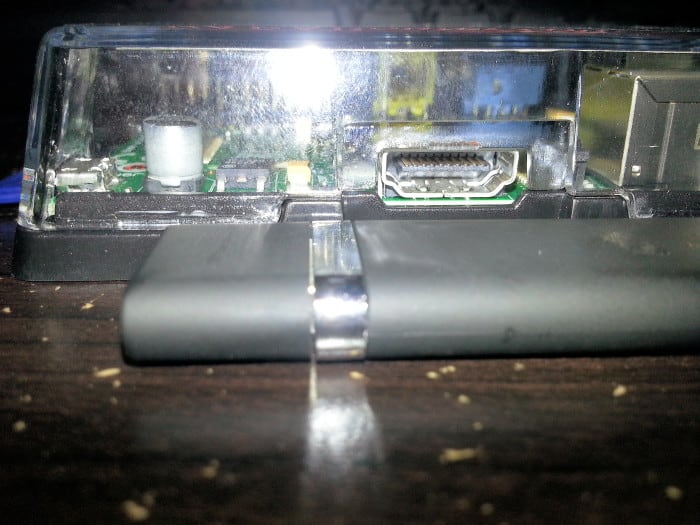 Router with its plug in port, full device (antenna can’t be fully seen, but its a reasonable height, nothing to large) 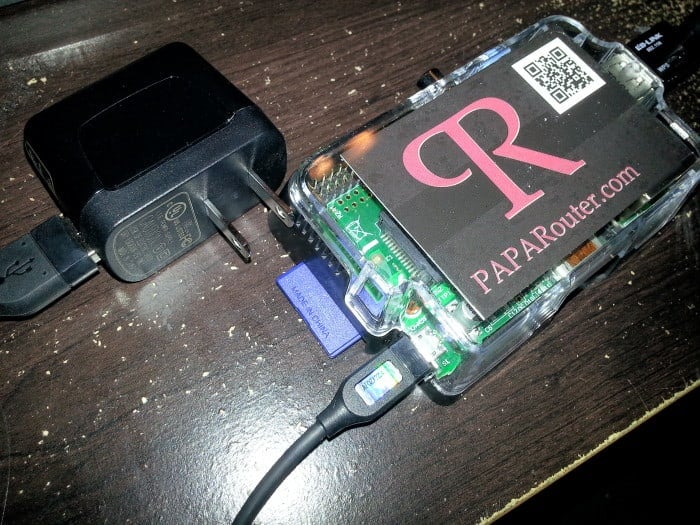