A little over 3 years ago Hide My Ass VPN turned over data to the government and sold out the infamous LulzSec hacker. Hide My Ass has had a horrible reputation since that very day. Its still a widely used VPN, but their model for privacy went down the toilet. But whats actually happened? Why would such a widely acclaimed VPN ruin their reputation for just one hacker when hundreds of thousands of people use their service? How did their non-logging TOS get overridden and help catch the LulzSec hacker?

What happened with Hide My Ass VPN?

Hide My Ass VPN got a legal court order to find this hacker on their network (Hide My Ass statement here). It appears that Hide My Ass VPN did not even try to defend the users privacy. Their service claims that they will not hide logs from the FBI, which is understandable to say, but the fact that they full laid down when a court order came in is quite scary. Now LulzSec did perform numerous epic attacks during their 50 days of Lulz. They set sail and took down bigger corporations to show that they are not invincible, and to cause many Lulz. They performed so many attacks in a short period of time that they made it on the front of the Wall Street Journal Newspaper. 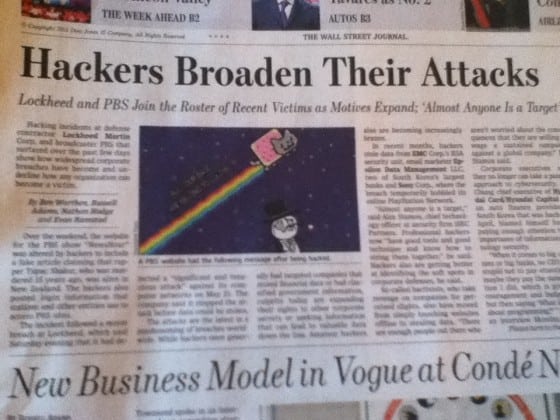 LulzSec owned many companies in a short period of time, and a leaked IRC chat showed one of the hackers was using Hide My Ass VPN. No action was taken at first, but eventually the feds got around to Hide My Ass. They put a valid court order on Hide My Ass to turn over the alleged hackers data. Hide My Ass cooperated with the government and turned the data over. The hacker was caught shortly after, and their 50 days of lulz had docked. Once this happened Hide My Ass VPN was in for some heat.

Did Hide My Ass VPN do anything to defend their users privacy or fight this court order?

In blog posts all around and looking through their website it appears no defensive action was taken. They appear to be completely compliant with any government request, and choose to comply no matter the circumstance. Even if these attacks were malicious, they could still have tried to defend users privacy. What is a VPN company if they comply with every court order? It seems Hide My Ass VPN is for bypassing censorship, not built for privacy.

Is Hide My Ass VPN safe in 2014, or after the LulzSec hacker

In short, NO. Hide My Ass VPN can not be trusted with your privacy. Our team firmly believes that privacy, and liberty should be the number one priority. The fact that Hide My Ass did not shut down, or relocate their company shows me they do not care for users privacy. They may as well use the N.S.A. as their datacenter. It may sound drastic that our team finds a company that doesn’t shut down to defend users privacy, a poor business model, but its the truth. If a VPN provider, a provider that is supposed to encrypt and secure your internet connection, just gives up a users data without fighting back, is not much of a security company. Other providers have blatantly stated that if they are hit with a gag request, or ordered by the N.S.A. to turn users data over, that they will shut down and relocate offshore. The U.S. government has no jurisdiction in most offshore companies so their requests are not valid. Privacy is important, and a privacy company should know that.

What I cannot stress enough is the importance of privacy. The fact that a security, privacy, VPN, whatever kind of company you want to call it, will sell out that easily, is NOT a company you can trust. Yes they were hit with a court order, but you don’t try to dispute it? You don’t try to fight it? You don’t relocate? That is an extremely poor business model to me (I hope your value your privacy as serious as me). Hide My Ass VPN cannot be called anything close to a security or privacy company. Their service can still bypass network restrictions, but the point of a VPN today is to shield you from 3rd parties, and government entities. It’s not that the hacking was wrong or right, its that EVERY customers privacy matters. A VPN provider is not a VPN provider when they just sell out. I cannot stress this enough, but its just very irritating knowing a widely acclaimed VPN company would do this.