At the time of this article all tweets have been deleted and the accounts have been reclaimed by FC Barcelona. 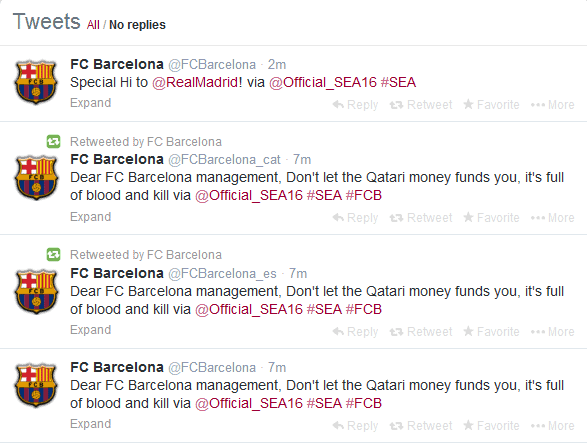