Pro-Assad hackers hack in the name of Syria, targeting many high trafficked websites 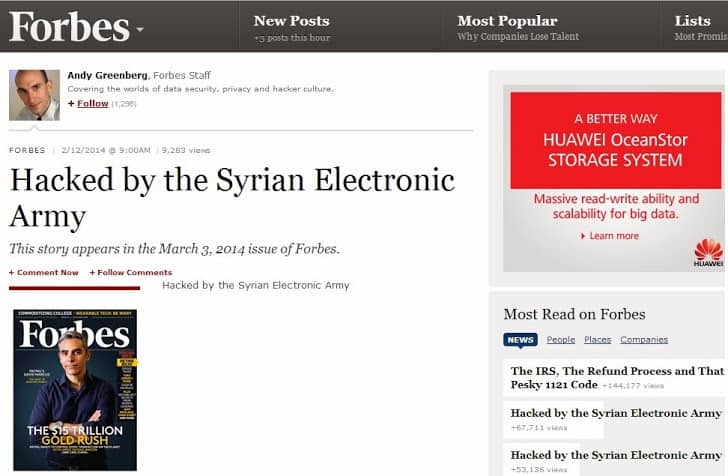 Syrian Electronic Army stated their motive for the hack was

Many articles against the SEA were posted on Forbes, also their hate for Syria is very clear and flagrant in their articles.

The Syrian Electronic Army has hacked many notable sites within the past year, and will continue their cyber reign on tech corporations.