While Facebook was not hijacked, the Syrian Electronic Army also had records, and said hello to Google, Yahoo, and Amazon. 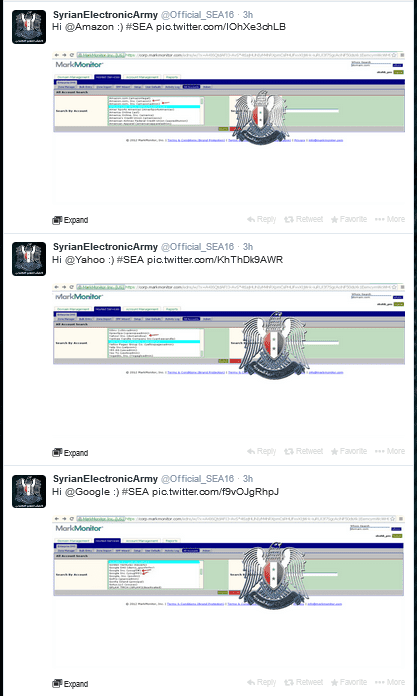 The Syrian Electronic Army was seconds away from hijacking Facebook, but was stopped just moments away. Too add, TheNextWeb wrote

While Mark Montior will not acknowledge the recent cyber attack, the Syrian Electronic Army posted a picture of the admin panel on Twitter, 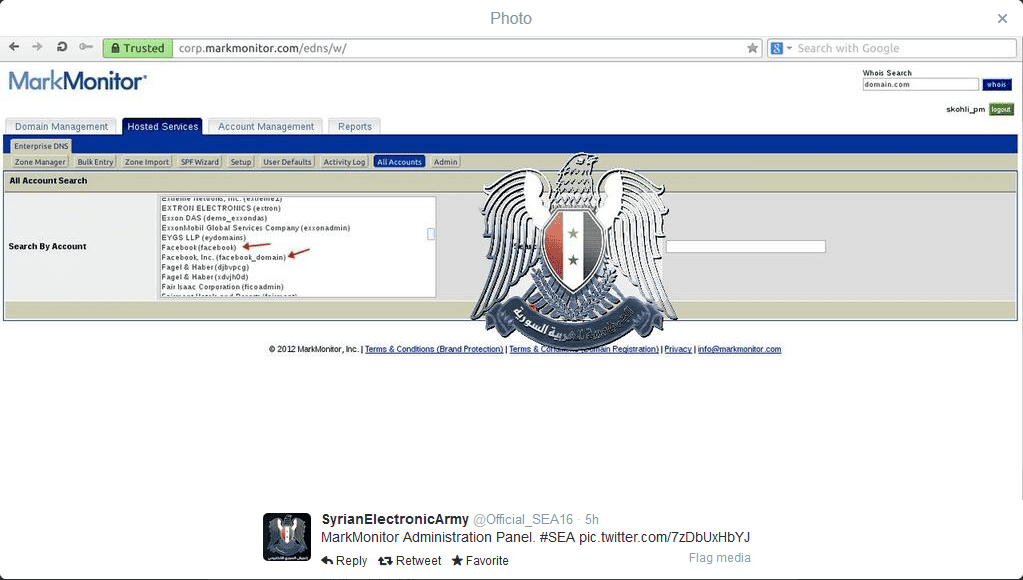 At this time all whois forms has been restored, and the Syrian Electronic Army is taking credit, for the cyber attack.