Lizard Squad began their attack around midday Vietnam time Sunday afternoon, taking the domain google.com.vn and google.vn redirecting users elsewhere, leaving Vietnamese Google users at a loss. The deface page showed an image of a teenager taking a photo of himself holding an iPhone, along with a video accompanied by a tweet from an alleged Lizard Squad account. 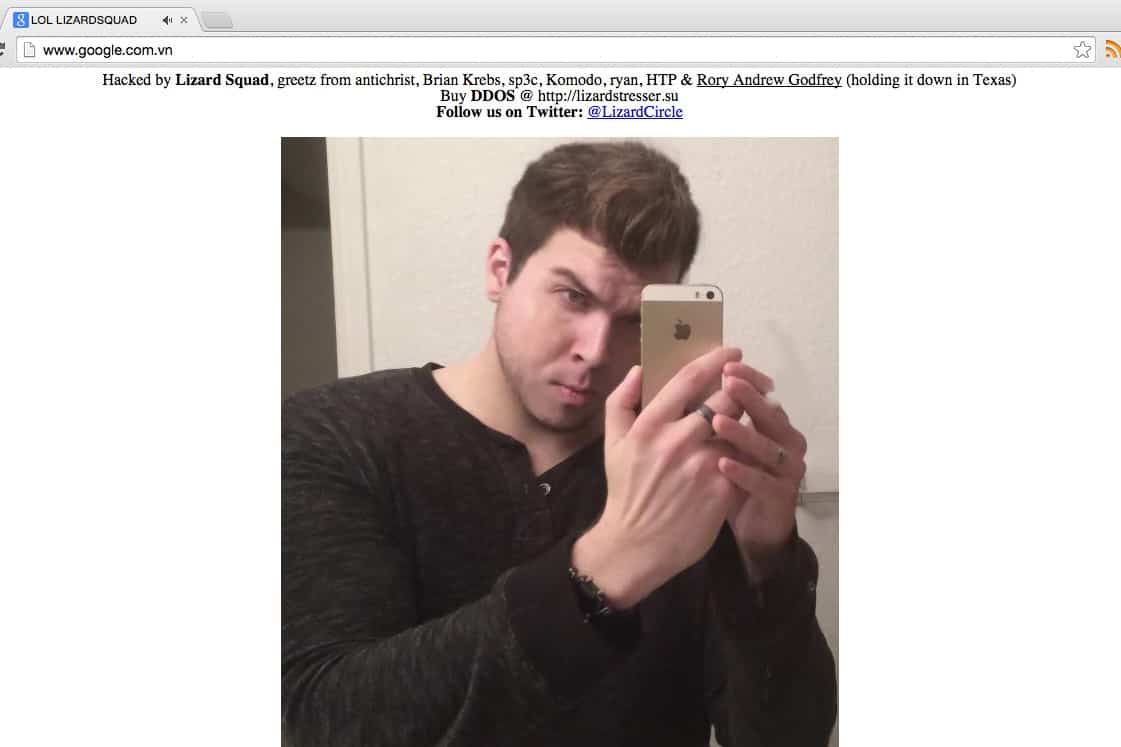 Below the photo was the following video (contains graphic language, possible NSFW):

During the time Lizard Squad hacked Google Vietnam, Google’s SSL certificate triggered a warning, claiming their own HTTPS connection was not private and data may be vulnerable to be captured.

Many Vietnamese users vented on Twitter and Facebook, stating their thoughts on the Google.com.vn hack and Lizard Squad themselves. Some asking what Lizard Squad was doing in Google and others claiming the squad had hacked their search.

One Vietnamese news site reported that the hacking only affected Vietnamese users who used the Google public DNS 8.8.8.8 and 8.8.4.4 while accessing google.com.vn. Whereas users utilizing an alternate DNS and mobile users were redirected to the official google.com.vn.

A user of a Vietnamese tech forum stated he was able to re-gain access to Google search again after he removed the Google Public DNS servers, switching to an alternative DNS.

Though the official Lizard Squad Twitter did not tweet on the hack, it appears the hackers abused the defacement as a promotional for their DDoS rental service, Lizard Stresser.

Google Vietnam has yet to make a public statement regarding the hack and has not responded to further emails regarding the incident.

Google Vietnam fixed and repaired their domain about two and a half hours later, not noting the site had been hacked and redirected a number of victims to a alternative version of the site.