A few weeks back, Google’s Chrome browser had an odd reaction to a string of 13 characters from another language, meaning if the browser saw and registered the words, the Chrome browser tab would instantly crash, affecting only one operating system, Mac OS X.

Chrome 41 appears to be vulnerable to the malformed URL. The Chrome hack is being dubbed, AwSnap by the GitHub community.

A thread on Reddit (warning the link can crash Chrome browsers) pointed out the embarrassing Chrome hack, showing a simple Reddit post with a long URL written in Latin could crash the entire Chrome browser instantly, without requiring you to clicking the link. The public thread gained quick traction, and showed simply viewing the malformed URL crashed the entire chrome browser for a large amount of Reddit users using the plagued Chrome 41.

The Chrome crash only occurs when a Chrome browser visits the long URL through a web server, meaning directing users to a simple file:// would not crash your entire Chrome browser or even tab for that fact.

The following long/malformed URL is the long string of characters that plagues Chrome 41 browsers. The following is a picture, meaning the text will not crash any Chrome browsers. 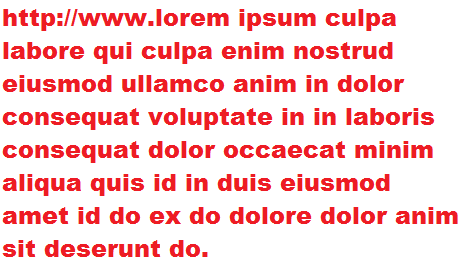 The bizarre Chrome blunder may appear small but could be severe, allowing anyone to post malformed URLs on just about any website and crash Chrome browsers everywhere. Meaning if YouTube comments, Twitter feeds, forum discussion, or live streams had the long URL characters posted in the comment section, users browsers could crash. Causing viewers to be disconnected and website owners to lose visitors.

Chrome’s AwSnap bug is confirmed in Chrome 41 and is believed to have a patch set in Chrome 42 and 43 for Mac, Windows and Chrome OS users.