The hacking collective Anonymous has leaked thousands of email email addresses, credit cards, login ID’s and has hacked the routers of thousands of Israeli users all in the name of the promised electronic holocaust that is scheduled to occur against Israel April 7th.

Earlier last month, the hacktivist group promised an Electronic Holocaust against Israeli websites and their resources due to the governments repeated infringement on their citizens rights. The collective has promised they will shut down government servers, government websites, Israeli military websites, financial institutions and other public services. All in the name of freedom for Israel and the citizens living there. The following video was uploaded describing their planned actions.

The video which has caught the attention as many is scheduled to unload their actions on the country of Israel tomorrow, April 7th. Due to time change differences, Anonymous hackers located around the world may begin their #OpIsrael actions at differing times, due to the difference in time zones.

Over the weekend on Saturday, one member known under his alias AnonGhost publicly leaked the user ID and passwords of 53 Facebook users on the public paste website, Pastebin. AnonGhost also released another swath of information, containing 6,000 email addresses with passwords attached to an email service based out of Israel. Users who tested the passwords have indicated that the email and password leak is relatively recent, and may have been collected that day, meaning it wasn’t a simple recycle of credentials, it was a fresh leak.

Another hacking collective who are calling themselves Anonymous Arabe, leaked over 500 Israeli Visa cards numbers, complete with names, street addresses, dates of birth, phone numbers, the type of card, their CVV verification codes and the cards expiration date. All the information needed to commit fraud. Included in the leak of payment data some email addresses were attached as well.

If Anonymous Arabe did in fact hack the amass of routers, it would be safe to assume they are infected and now in control of the routers themselves.

This is only the beginning, Anonymous social media profiles claim, #OpIsreal and the promised Electronic Holocaust may begin to plague Israel over the coming hours.

Update (2 Hours): Anonymous hackers have released over 30,000 Gmail, Hotmail, Yahoo email addresses. The authenticity of the database has yet to be confirmed, but came in 4 separate posts on the public pastebin website. 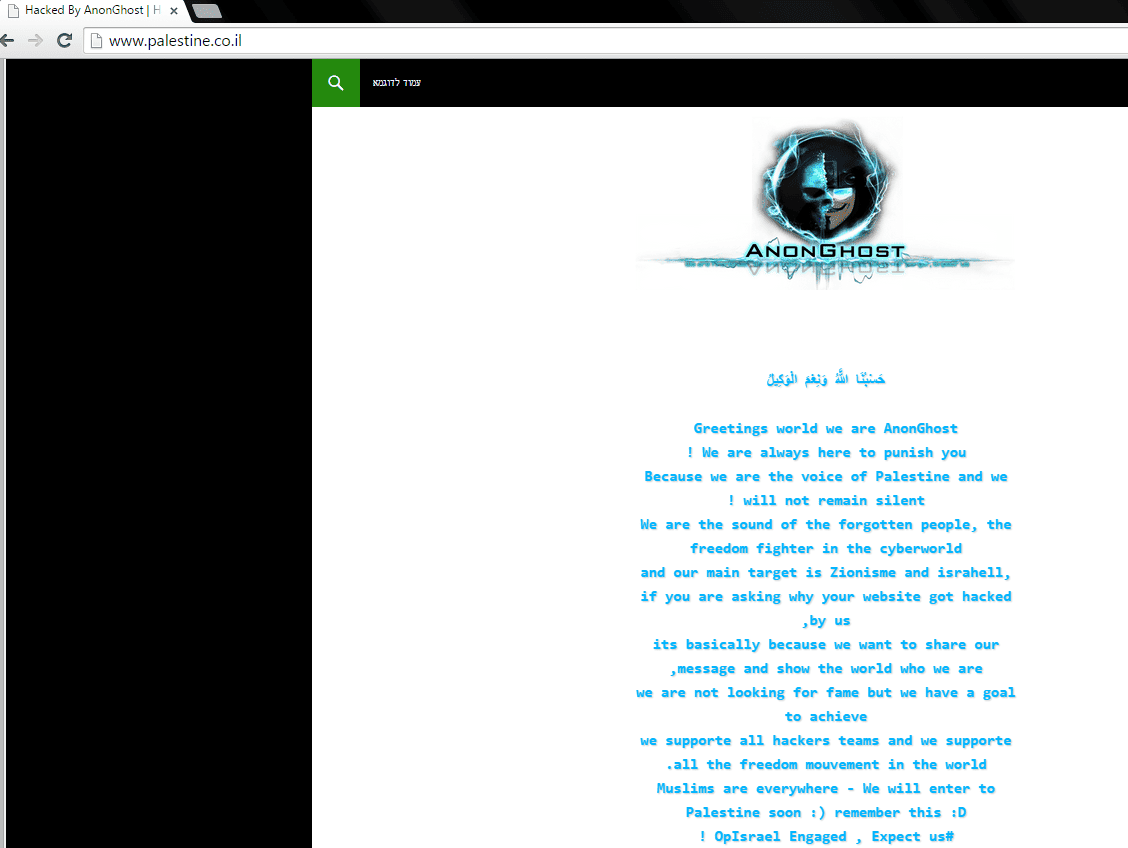