Media giant Russia Today, has been the latest victim to a cyber attack. Just hours ago rt.com had their website defaced with the word “Nazi” appearing on every headline. An anonymous hacker changed every headline and incorporated “Nazi” into the publicly appearing headline. The attack launched on Saturday March 1, 2014 lasted for over thirty minutes. No hacker or activist has taken credit for the attack, and Russia Today has since removed the headlines. Headlines appeared on the desktop and mobile website. 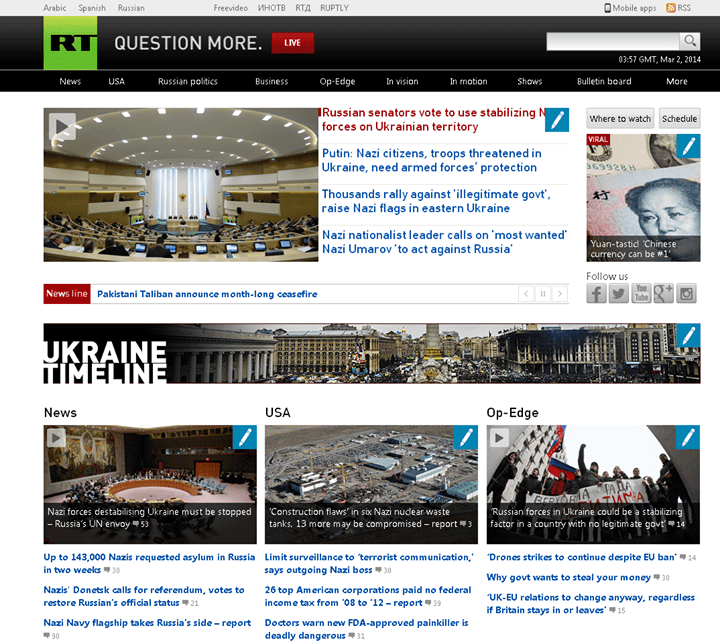 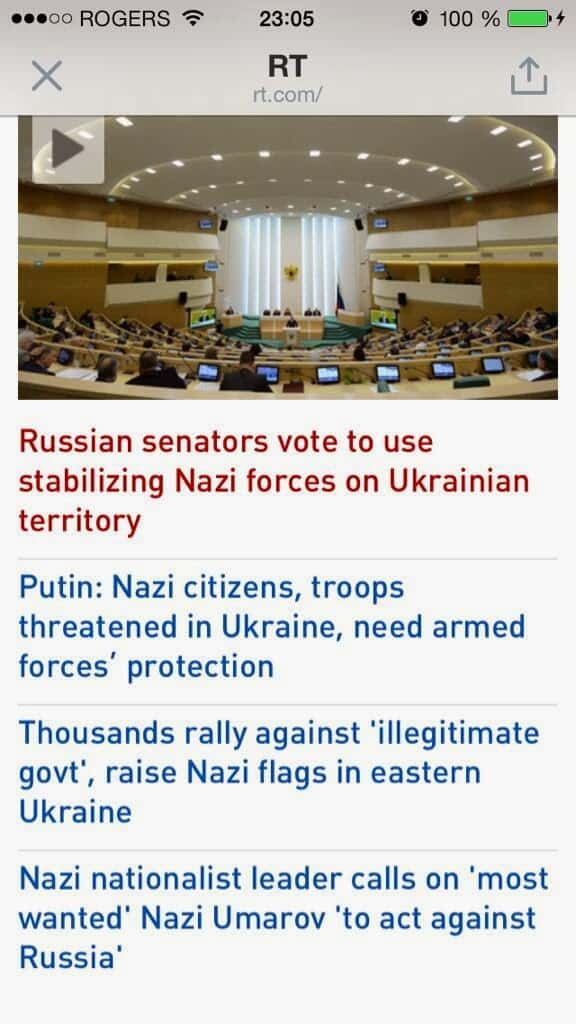 Russia Today actually took note they were hacked announcing it just after the hacker went live with the attack.

RT website has been hacked, we are working to resolve the problem

Media giant RT is one of the many to be reporting on Ukraine protests and it seems the hack may have been directed towards them for their stance. It appears Russia Today is one of the few companies to note a hacker actually got into their system and defaced the website. While no hacker has taken credit, the attack doesn’t seem to be for any political or hacktivist reason as of yet.