Twitter suspended our main account(@Official_SEA16), We are working to bring it back if it’s possible, for now follow @SEA_Official17 #SEA 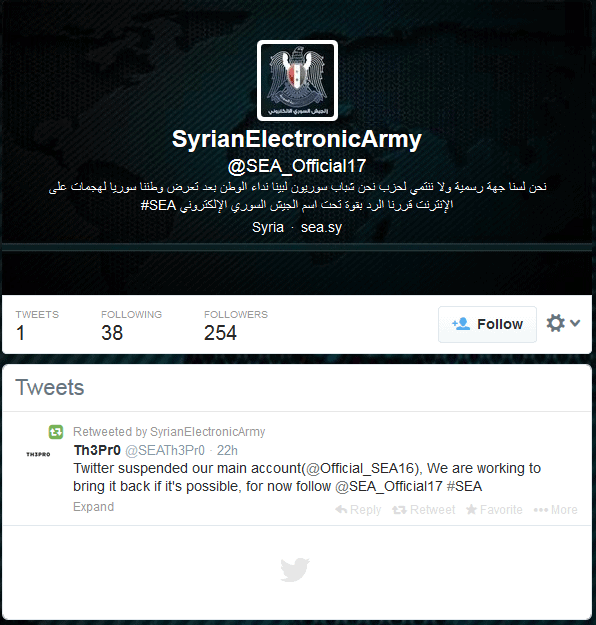 The future for the Syrian Electronic Army’s social media remains unknown. But from past obstructions we know this will not cripple their cyber attacks.

UPDATE: Their official account is back online as of February 3, 2014.