While a slew of surveillance and censorship bills have been quietly passed around the world including Rule 41, Snoopers Charter and EU Censorship, another devastating censorship bill has made its way into the United States, and is sweeping through congress. What’s even more damning is the censorship aspect is only a small part of a much more extensive bill, aiming to censor large portions of the web that the government deems are of Russian influence.

The latest bill passing the senate is known as the “Countering Disinformation And Propaganda Act,” which is just a small part of a much more extensive bill known as “H.R. 6393, Intelligence Authorization Act for Fiscal Year 2017,” which is currently making its way through congress. The act, which has seen overwhelming support, seeks to crack down on websites suspected of conducting Russian propaganda and calling for the US government to deploy “counter active measures by Russia to exert covert influence” that are in “coordination with, or at the behest of, political leaders or the security services of the Russian Federation and the role of the Russian Federation has been hidden or not acknowledged publicly.” Such a bill is possibly dangerous and could even limit free speech, however, it passed on December 8 and is expected to be signed by president Obama very soon.

Introduced by congressmen Adam Kinzinger and Ted Lieu, H.R. 5181, aka the “Countering Disinformation And Propaganda Act” seek a “whole-government approach without the bureaucratic restrictions” to effectively counter “foreign disinformation and manipulation,” which the government allegedly believes threatens the world’s “security and stability.” 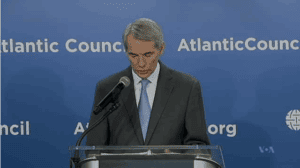 The bill, which has seen a slew of names, initially introduced under the Countering Information Warfare Act of 2016 (S.2692), was introduced in March by Senator Rob Portman, aiming to promote government-funded propaganda battles. “These countries spend vast sums of money on advanced broadcast and digital media capabilities, targeted campaigns, funding of foreign political movements, and other efforts to influence key audiences and populations,” Portman explained, backing his bill.

Portman went on to explain how little the US spends on its voice within America, while the Kremlin, Russia’s government, provides enormous funding to their country’s central news organization, RT. He continued, “surprisingly, there is currently no single U.S. governmental agency or department charged with the national level development, integration and synchronization of whole-of-government strategies to counter foreign propaganda and disinformation.”

Long before the “fake news” debacle became such a hot topic on mainstream media, the “Countering Disinformation And Propaganda Act” was introduced, tasking the State Department to coordinate with the Department of Defense, the Director of National Intelligence, USAID, and the Broadcasting Board of Governments to “establish a Center for Information Analysis and Response,” which aims to pinpoint sources of disinformation. Once pinpointed, all the data will then be analyzed, allowing the government to “proactively advance fact-based narratives that support U.S. allies and interests.”

The bill silently made its way into the Senate on Thursday, December 8, passing after it was included in the 2017 National Defense Authorization Act (NDAA) Conference Report.

Undoubtedly, the bill sets the stage to limit the freedom of the press to an extent. While the government always shrouds censorship bills with narratives that it advances the government in stopping terrorists or helps keep the children safe, there is always a loophole for abuse. Such a detailed bill allows websites to be censored and shut down purely based on accusations made by other media outlets and government-acclaimed “experts.”

Boiled down into blatant terms, the act will allow the government to crack down on media they deem “propaganda,” while also providing large sums of money to fund an army of “local journalists” aimed at pushing counter propaganda, ensuring the government can drown out “fake news” and push their desired narrative.

If you’re unsure as to why Russian Propaganda and fake news are such a hot topic recently, it is directly related to the recent US election. The fake news narrative came after loosing-candidate Hillary Clinton’s private email server was hacked. After her server was hacked and the data was stolen by an unknown actor, they sent the information to Wikileaks, a whistle-blowing platform.

Due to the hacking, Hillary had to turn over her private server and data to the FBI for an investigation. Wikileaks, who holds zero ties to any country or government, began releasing the emails on behalf of the hacker. The leaks were especially damning as tens of thousands of emails were being leaked, a number that did not match the “evidence” Hillary allegedly handed over to the FBI earlier in the year. The same FBI who quickly dismissed the emails after receiving them.

Following the dismissal, a CIA investigation also somehow concluded that the hacker was from the Russian government, pointing the finger directly at Russia. Now that Wikileaks is leaking the emails, presumably one of the many factors leading to Clinton’s loss, the government is claiming the organization is of Russian influence. On top of all of this, there are some very odd and spooky things found in Clinton’s leaked emails, leading to the recent fake news debacle.

Anyone reporting or questioning the contents of Clintons stolen emails is being deemed a fake news outlet or Russian propaganda. Quite a broad term when reporting on verififablly authentic data. Due to Clinton’s emails being stolen, Russian Propaganda and fake news are now the latest terms to dismiss her crimes.

While the latest bill is allegedly aimed at “countering disinformation and propaganda,” the bill, once signed by Obama, gives the government legal power to punish, shut down or otherwise prosecute, websites or individuals that they deem as offensive or a source of “foreign government propaganda from Russia, China or other nations.” There is currently no formal way or proving whether or not the target is a perpetrator or sponsor, meaning it will be the governments word against said individual or website.