Microsoft, the company who sells user data to the FBI for a high price, has now admitted to new allegations. Earlier in the week, Microsoft admitted to spying and accessing  a French bloggers Hotmail account to find the source of the Microsoft employee who leaked company trade secrets in 2012.

Microsoft claimed the private investigation was part of “Protecting our customers and the security and integrity of our products”. As mentioned in Microsoft’s terms of service, Microsoft claims they utilized the Electronic Communications Privacy Act to perform the investigation. 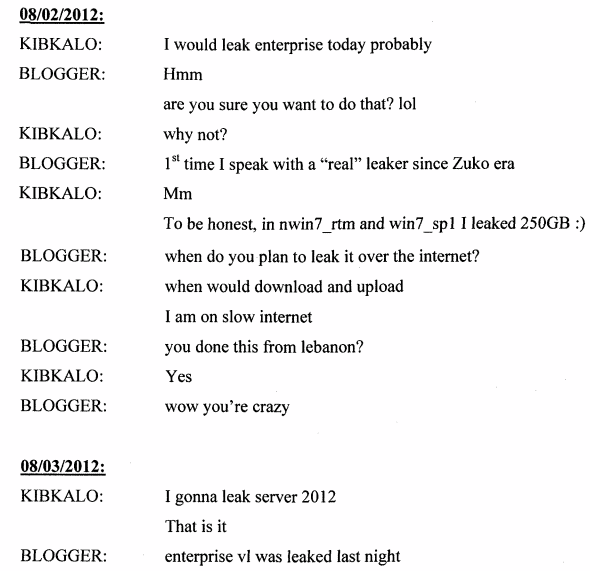 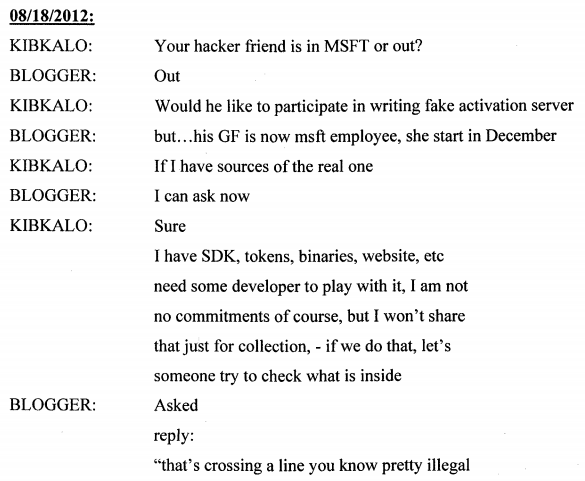 Kibkalo not only leaked screenshots in Windows 8, but helped crackers bypass Microsoft’s security measures to create a Keygen for Windows 8 activation.

More of Kibkalo’s conversation with the blogger can be read in his indicted statements. Kibkalo’s case has been very controversial in court, and Microsoft has been under a lot of heat. “Microsoft defended what it called the “exceptional” step of a ‘limited review’ of a blogger’s Hotmail account as part of a larger Windows espionage case, saying it had caught the blogger selling Microsoft’s intellectual property without permission.” Cnet reported.

As of March 21, Microsoft has implemented a new privacy policy. New policies state Microsoft will now require its legal team to obtain a valid court order before accessing any users private data. Evidence will then be forwarded to law enforcement agencies. Microsoft has also agreed to publish bi-annual transparency reports for such cases.

In a statement, John E. Frank, a Microsoft vice president and deputy general counsel, said “The privacy of our customers is incredibly important to us, and while we believe our actions in this particular case were appropriate given the specific circumstances, we want to be clear about how we will handle similar situations going forward.”