The shocking news was released by a study conducted by CVE Details, a website that tracks and publicly lists software exploits, categorizing them under their respected CVE numbers. The organization found that Apple’s software was vulnerable to more than 700 software bugs in 2015 alone, a staggering number.

With last year’s dozens of software catastrophes most would have expected Adobe Flash to top the list, due to the consistent number of zero-days Flash discovered right from the beginning of 2015. Even more shocking is that Adobe Flash didn’t even come in second place, the second place was dominated by yet another Apple product, the iPhone.

That’s right, the most vulnerable software goes to Apple’s OS X operating system while the runner up goes to their mobile device, the iPhone. 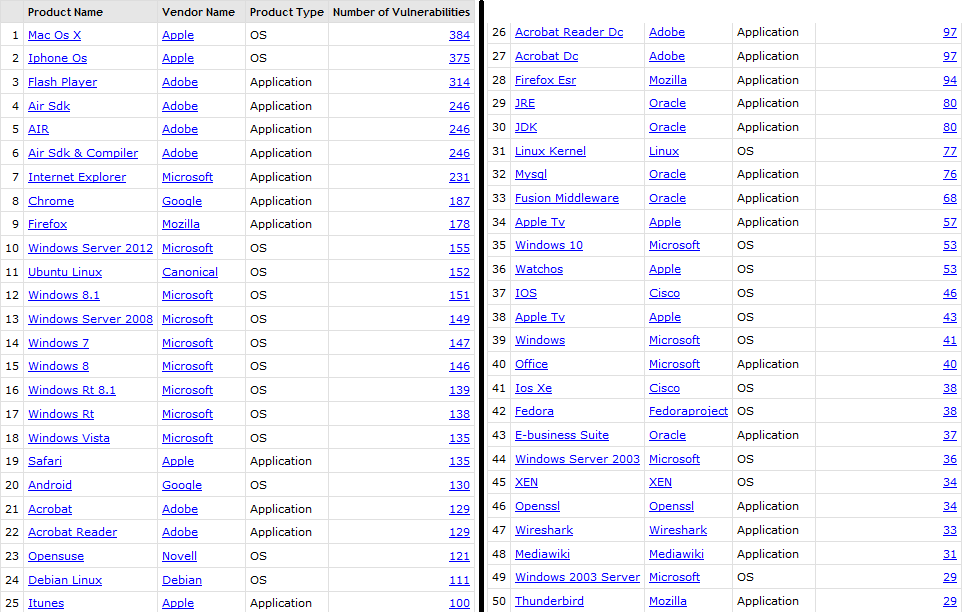 Common Vulnerabilities and Exposures, or CVE’s are a system that provides a reference method for vulnerability identification and exposure. CVE’s are commonly used by security researchers, app developers, security firms as well as dozens of others even including the government. The list of vulnerabilities is all produced by researchers, firms, organizations and even the software creators themselves who use CVE identifiers.

While Apple has not only taken the number one and number two spot for most vulnerable products of 2015, the have also won the title of most vulnerable vendor of 2015. In some good news, last years contender for the spot IBM, has moved down to number seven on the list, while Apple rose from number give in 2014. 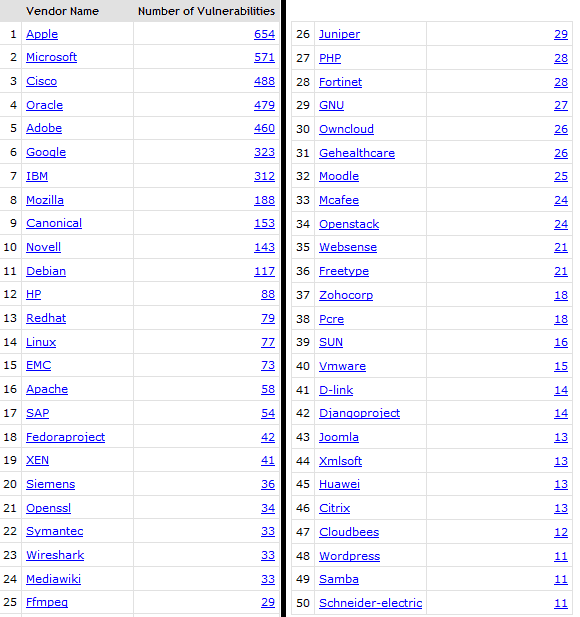 The news comes as a shock to people all over, whether it be developers, researchers, or even Apple users themselves. Apple’s OS X and iOS have always been highly praised by the public for their seeming immunity to large number of common threats and attacks. However, on the forefront of high-skilled and complex attackers Apple is not quite as highly-secured as to be believed.