Actor, Dwayne Johnson, also known as “The Rock”, is currently begin used as a target for a rather harsh scam.

The story all started at celebritydaily(dot)pw. Currently circulating Facebook, is a seemingly appearing video telling users that Dwayne Johnson (The Rock), is dead. 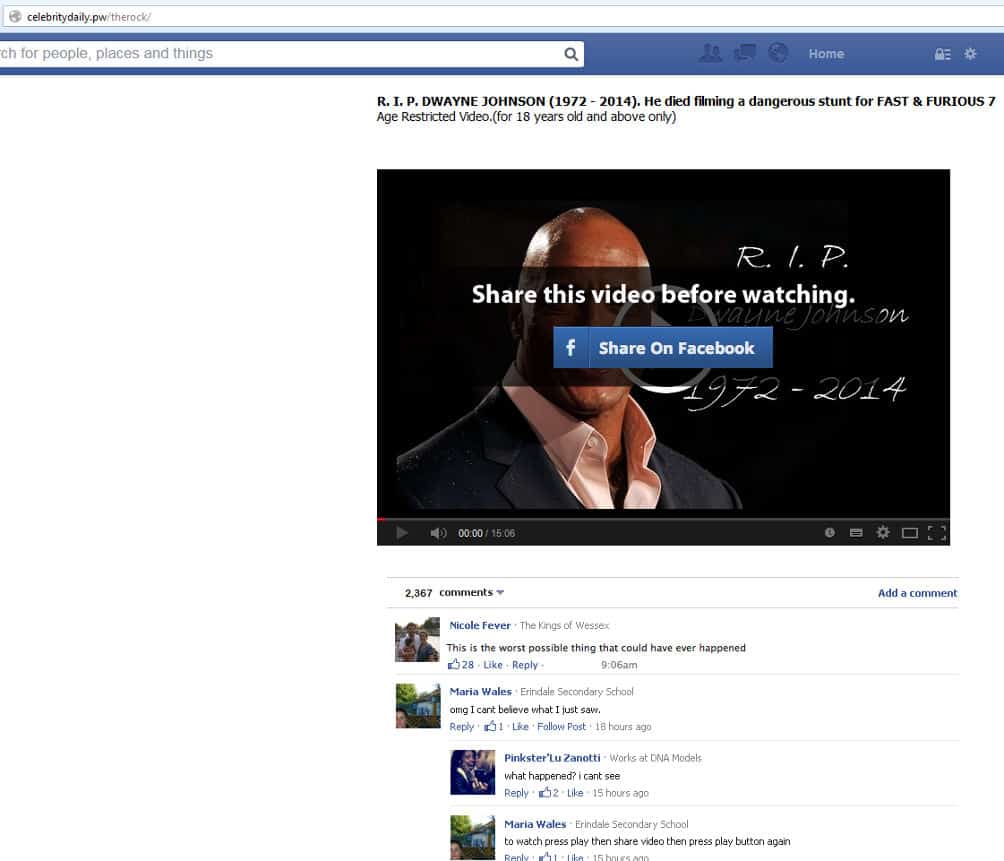 The link, along with the following lines “R. I. P. DWAYNE JOHNSON (1972 – 2014). He died filming a dangerous stunt for FAST & FURIOUS 7″ are currently circulating Facebook.

Hint: Dwayne Johnson is in fact not dead, well at least in accordance with this recent malware scam.

Typically Facebook scams are asked to be shared, and then spread like a common cold. This Facebook scam takes another approach. Instead, once you click on the video it directs the victim to a survey, once completed it will land on a second page with a pop-up box. The pop up reads 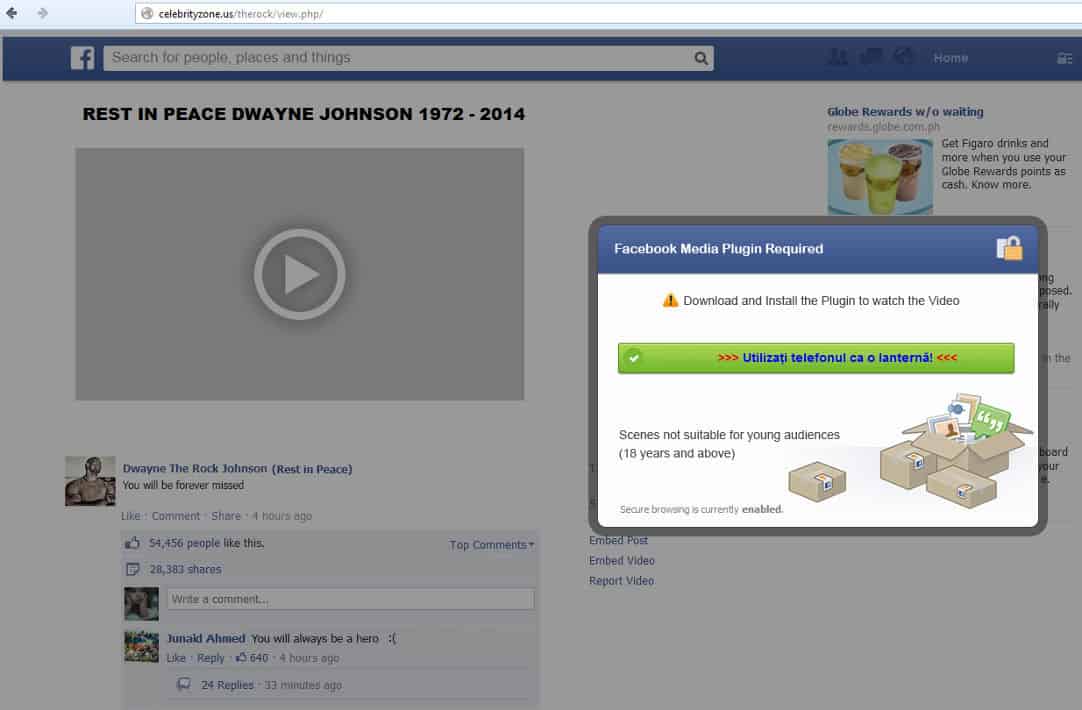 Malwarebytes lab has tested the so-called plugin, and reports it is infact a piece of malware. Virus Total labels the malicious file a potentially unwanted program (PUP.Optional.Bandoo).

The iLivid installer that the attackers are trying to get victims to install, is the same installer begin used in the rather large scale weight loss scam on Twitter. The iLivid installer is a malicious tool that has been hijacking Facebook accounts, Twitter accounts, and is even targeting high profile social media accounts. The plugin is a malicious installer begin used to comprise social media accounts and spam the ongoing false messages.

As the Fast and Furious group did experience a loss in real life (apart from the movie), it was not the rock. The cyber attack claiming celebrities are dead is a commonly used method to install malware and phish accounts.