A 5 year old boy managed to hack the worlds largest console based gaming system in the world, Xbox. Recently a 5 year old boy from San Diego, has been acknowledged by Microsoft security researchers.

Kristoffer’s father found him playing video games he was not supposed to be and asked him how he did it. The boy explained how he logged into the account by typing in a wrong password, then clicked the space bar to bypass the password verification through a backdoor in the system.

As Kristoffer’s father reported the vulnerability to Microsoft, Microsoft issued a statement regarding the bug, “We’re always listening to our customers and thank them for bringing issues to our attention. We take security seriously at Xbox and fixed the issue as soon as we learned about it.” Microsoft rewarded Kristoffer Wilhelm von Hassel with a few games, $50, and a free year subscription to Xbox Live, and of course his name listed on Microsoft’s security researcher acknowledgments page. 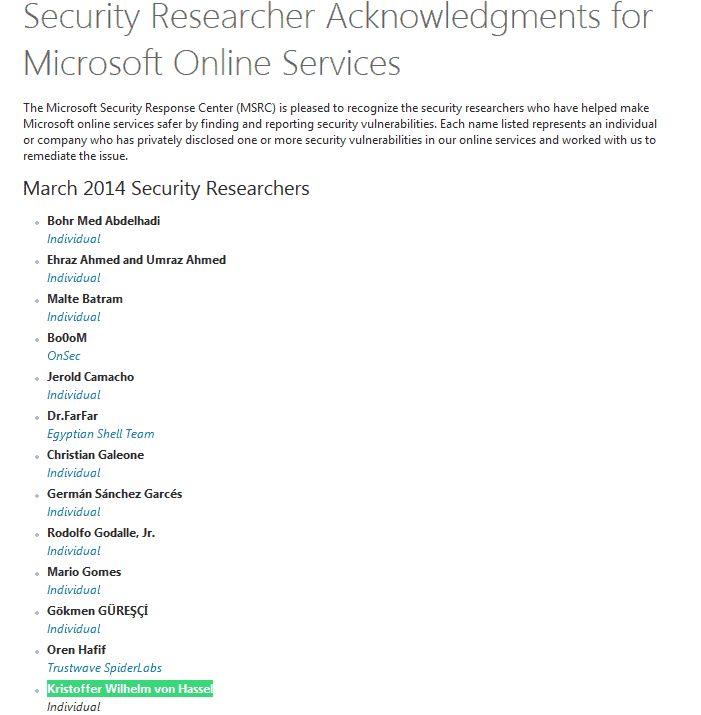 It appears even Microsoft can be hacked by a 5 year old. We wish Kristoffer the best in his future cyber-security endeavors.